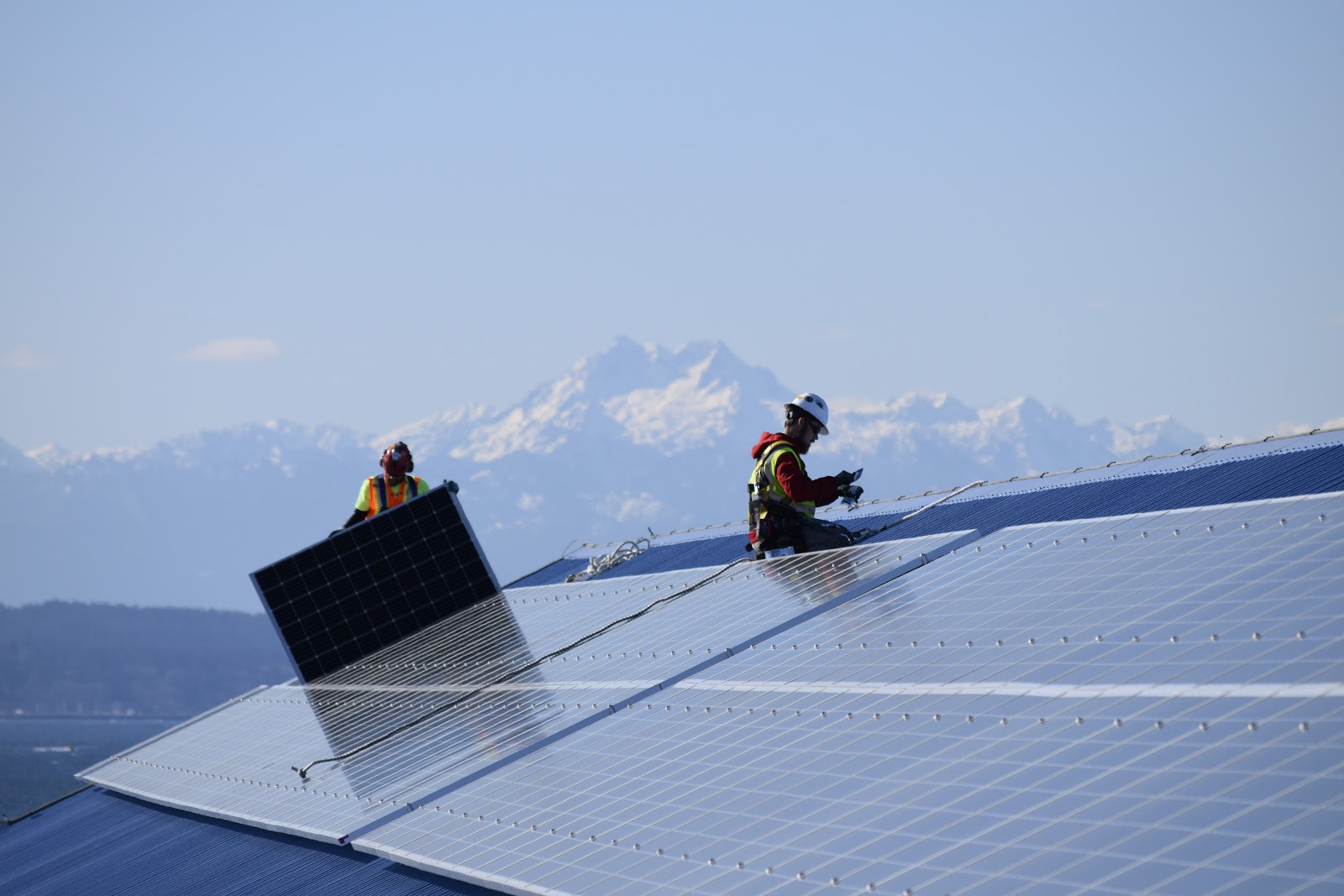 Seattle, Washington, July 23, 2019—With renewable energy expected to be the fastest growing source of U.S. electricity generation for at least the next two years, local solar installer Puget Sound Solar, (PSS) is happy to be contributing to the country's energy mix. Puget Sound Solar has been recognized by Solar Power World magazine for its installation efforts, achieving the rank of 210 out of 415 solar companies on the magazine's 2019 Top Solar Contractors list.

"Solar Power World enjoys assembling the Top Solar Contractors list each year, and our 2019 edition features hundreds of companies making big impacts in local energy markets," said Kelly Pickerel, editor in chief of Solar Power World. "Solar power is becoming competitive with traditional electricity sources in more markets, and cities and states are demanding more renewable energy options. It's a great time to be a solar installer, and we're happy to highlight the best installation companies in the country on our list."

‘Solar’s come a long way since we started 19-years-ago.” said Jeremy Smithson, Founder and Owner of Puget Sound Solar.  “We installed the first grid-tie PV system in Seattle in 2001, so we’ve watched a number of manufacturers, competitors and solar trends come and go.  The overall growth in the industry is exciting. We’re proud of the work we’ve done and to be recognized by Solar Power World ”

The U.S. solar market is expected to see 14% growth in 2019, with over 12 GW of new solar power added to the grid this year — enough to power 2.28 million average American homes. This increase in installations is attributed to strong residential solar interest and a rush to get projects in before the 30% federal investment tax credit steps down to 26% next year. Locally, the expansion of Washington's Net Metering program, a new sales tax exemption and increasing Utility costs are creating favorable conditions for homeowners and businesses wanting to go solar.

Founded in 2001, by Pam Burton and Jeremy Smithson, Puget Sound Solar, is the most experienced solar installation company in Washington and installed the first permitted grid-tie solar PV system in Seattle. Puget Sound Solar is recognized as the solar industry leader in the Pacific Northwest because of its history of engaging in solar policy and educational outreach.

Solar Power World is the leading online and print resource for news and information regarding solar installation, development and technology. Since 2011, SPW has helped U.S. solar contractors — including installers, developers and EPCs in all markets — grow their businesses and do their jobs better.

Started Puget Sound Solar in 2001 with 30 years of construction contracting experience, and a desire to turn Seattle on to solar energy. Achieving NABCEP certification in 2004, Jeremy believes that our customers often follow a path similar to the one he took, starting out with solar daydreaming, then progressing to education on the subject, and eventually leading to action. In addition to leading the company he also does some teaching and speaking engagements about various aspects of solar energy, and experiments relentlessly with various solar, energy efficiency, and electric vehicle projects.

Get a free analysis for your project

Do you want to get notifications from this site?